Today saw quite possibly the largest March For Life event in its history, as over 500,000 pro-life souls arrived at the National Mall to protest the 40th anniversary of Roe Vs. Wade.  Waiting for the pro-lifers outside the Supreme Court Building were up to 50 foul-mouthed, pro-abortion counter-protesters, which is the largest group of its size I've seen thus far.

It was a very cold and windy day which ended with snow flurries.  But that didn't dissuade 400 students from New Orleans or 600 students from Evansville from making the trip.  Nor did it dampen the spirits of the groups from Italy, Viet Nam, France, Germany, Poland, Kansas, Tennessee, etc from showing up.  Everyone was excited about the March, including the students from Notre Dame University who proudly and swiftly marched with the March For Life banner, steam rolling over and past the angry mob-ette of pro-abortion harpies who don't seem to like babies much.

In my attempt to interview a few of the pro-abortionists, my questions never got past "so how many of you made it here this year?"  All but one completely ignored the question, and she simply denied any knowledge of their numbers.  So I estimated around 50, and that's being generous.

Among those brave and determined souls marching were Bishop Kevin C. Rhoades with his seminarians, several other bishops, priests, nuns, students, concerned citizens of all religions, gay pro-lifers, feminists for life, and several well known bloggers.  At the end of the March, we heard Fr. Frank Pavone of Priests For Life speak, along with Janet Morana, Georgette Forney, with Julia Holcomb (Steven Tyler's former girlfriend) of Silent No More with their testimonies.

All in all it was a very successful day in which the Knights of Columbus did a great job controlling the crowd and keeping the flow of the March very smooth.

I will try to squeeze in as many photos as I can, as people were very gracious in allowing their pictures to be taken.  Click on them to make them larger if you'd like...

Also, if you have published photos on this year's March please leave a link to your site in the comments section.

I'll be including links to other coverage throughout the weekend:  Washington Post has a photo collection (not too bad), New York Times has actually covered the March this year(says "thousands marched," LOL!!!), as did the Huffington Post, a video at MRCTV givers a good impression of crowd size, The Crescat didn't go but has good samples from others, Operation Rescue:  Boston News has lots of photos, Jill Stanek has a recap on the event, constantly blogs the continuing battle against abortion, and should be bookmarked as a "must read" site daily for pro-life updates,....

The Walk For Life West Coast drew over 50,000 participants! 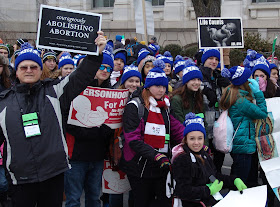 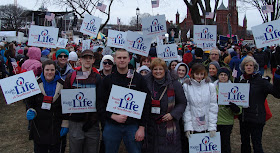 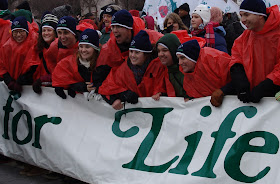 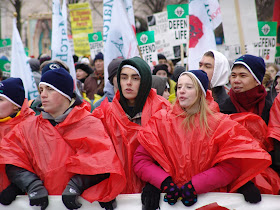 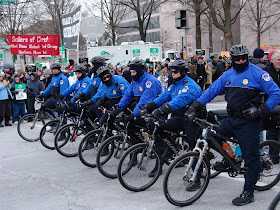 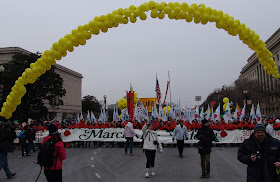 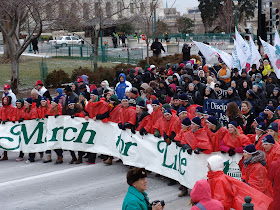 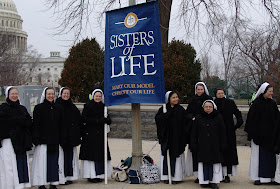 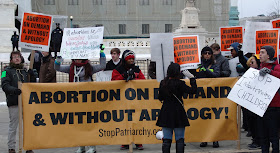 You can agree or disagree all you want, but do it without obscenities.

You can and are encouraged to link back to your own site, but no spamming please. That means your comment better be relevant to the post.

Thanks for participating. Your comment will appear as soon as I can get to it.